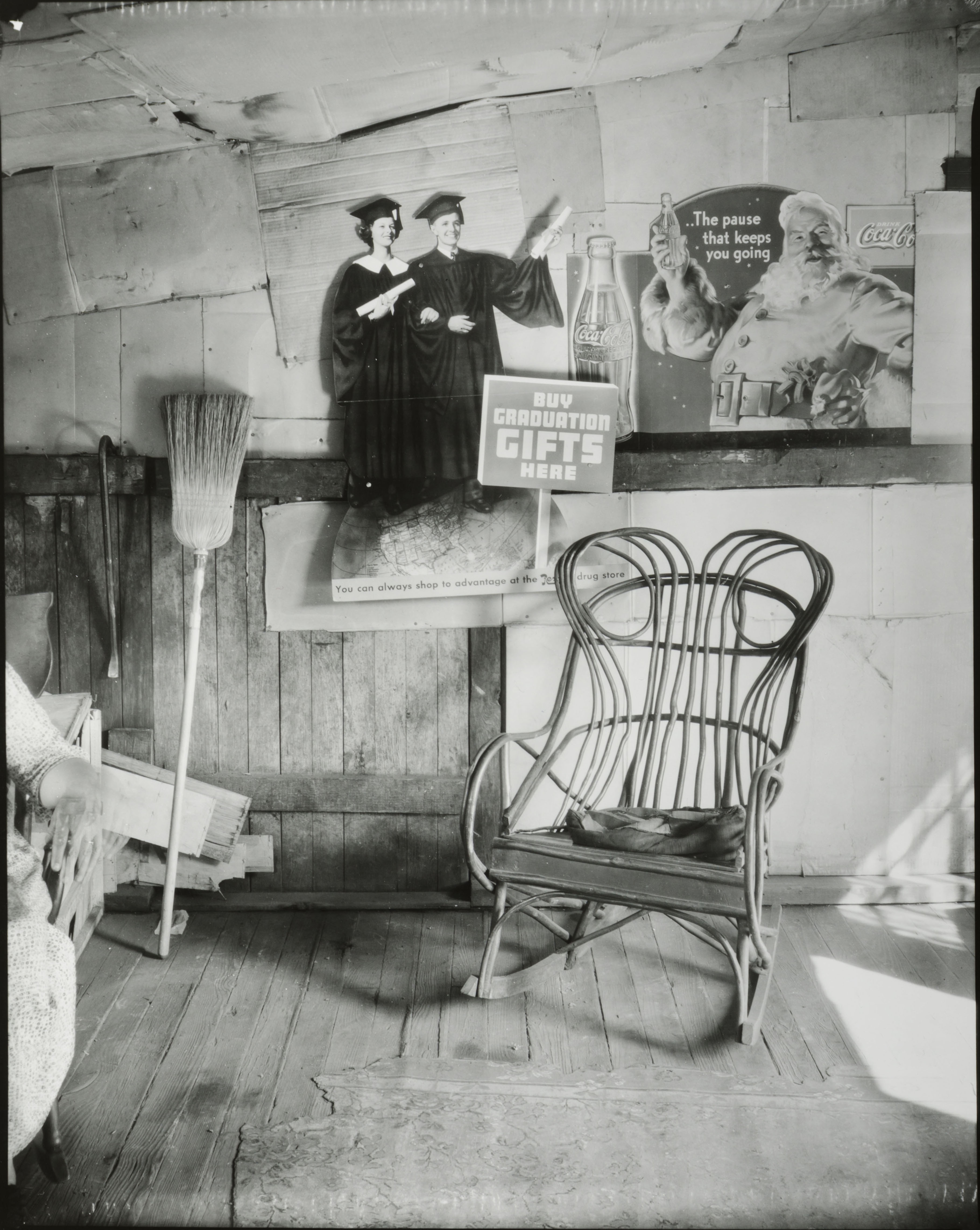 Beginning in 1935, Evans and a number of other photographers were hired by the Farm Security Administration (FSA), a federal agency. Although its initial goal was to record governmental efforts to assist destitute farmers, the project soon grew into a photographic survey that garnered not only attention but also sympathy and a degree of respect for all those suffering the Depression’s effects. Such straightforward works by Evans and other FSA photographers proved a major influence in the development of American documentary photography.

Walker Evans Interior Detail, West Virginia Coal Miner's House, 1935 Collection of the Akron Art Museum The photographs of Walker Evans have shaped the way we view the Great Depression and the American South. His close association with these two areas of the American psyche is a surprising achievement for the son of an affluent Chicago businessman. Evans himself spent most of his adult life in New York. He had been a photographer for about eight years when he was commissioned in July 1935 by the Farm Security Administration (FSA) to document federal subsistence housing in Pennsylvania and West Virginia.1 By that time his photographs of Victorian New England architecture had been exhibited at the Museum of Modern Art, and his published works had ranged from illustrations for poet Hart Crane's The Bridge to photographs of Havana for the book The Crime of Cuba.2 All of these experiences contributed to the evolution of a style that continued to mature as Evans traveled through the South in the employ of the FSA—first to West Virginia and then in the next eighteen months to Alabama, Arkansas, the Carolinas, Florida, Georgia, Kentucky, Louisiana, Mississippi, Tennessee, and Virginia. On his forays into the southern states he made photographs of roadside stores, rural churches, Victorian houses, steel mills, "company" houses, outdoor signs, and the modest buildings that lined the main streets of America's small towns. Although as a U.S. information specialist Evans was supposed to follow a firm itinerary, he was happiest making his own record of vernacular (as opposed to what he called "educated") architecture. In the summer of 1935, during his first trip for the FSA, Evans photographed two rare interior views, one of which is Akron's Interior Detail, West Virginia Coal Miner's House. This seemingly straightforward picture, simply composed with an 8 x 10-inch view camera, is in fact cluttered with contradictions. The most obvious paradox is the sense of emptiness and the jarring presence of a specterlike hand of a woman at the extreme left of the picture. This fragmentary image injects a feeling of motion at the edge of the frame rather than in the center, where a rocking chair might lead the viewer to expect it. In addition, the handcrafted bentwood rocker contrasts sharply with the mass-produced signs that serve as both decoration and insulation in this poor household. Signage, with its varied typography, was a favorite motif for Evans. Here signs enhance the collage effect seen elsewhere in the crudely tacked-together interior walls and the well-worn rug resting on rough floor slats. The signage also dramatizes the discrepancy between the smiling face of corporate American advertising and the desperate bleakness of the human condition in the rural South. It is appropriate that Coca-Cola, a southern invention, is featured so prominently in one of these signs. Ironically, Santa Claus, shown here promoting the product, has become as successful a consumer commodity as the soft drink, thanks in large part to advertising men like Evans's father, Walker Evans Sr. Among other incongruities in the picture's iconography is the Rexall drug store sign celebrating a high school or college graduation, a luxury denied to a family for whom work rather than education had to be the priority. A globe in this same sign hints at world travel, but the tenants of this home are severely isolated by their poverty. "BUY GRADUATION GIFTS HERE" is the sales pitch, effectively transforming domestic into commercial space and ordinary objects such as a chair, a broom, and a crowbar into potential purchases. - Judith Keller, 2001 1. The FSA, an agency of Franklin Roosevelt’s New Deal program, hired photographers to document the impact of the Depression and the government’s efforts to help destitute farmers. Evans, despite his employer’s instructions, did not restrict his photographs for the FSA to these topics. 2. Hart Crane, The Bridge (Paris: Black Sun Press, 1930); Carleton Beals, The Crime of Cuba (Philadelphia and London: J. B. Lippincott, 1933). Hambourg, Maria Morris. Walker Evans. New York. Metropolitan Museum of Art, 2000. Keller, Judith. Walker Evans, The Getty Museum Collection. Malibu, Calif.: J. Paul Getty Museum, 1995. Mora, Gilles, and John T. Hill. Walker Evans: The Hungry Eye. New York: Harry N. Abrams, 1993. Rathbone, Belinda. Walker Evans, A Biography. Boston: Houghton Mifflin, 1995.